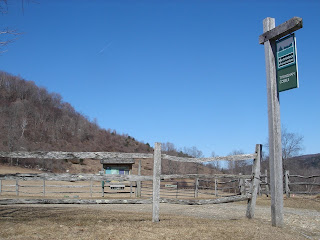 Tyringham's cobble has old rock on top of newer rock. I thought perhaps this might have been caused by a receding glacier. After all, Long Island and Cape Cod are massive moraines so the ice sheet had once covered this area too. 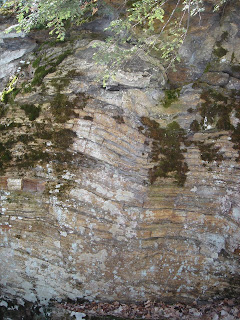 Not so, the old rock at the peak is pre Cambrian while the sandstone outcrop at a lower was formed somewhat more recently. 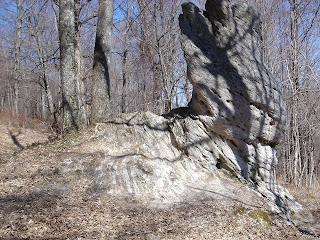 This morning's jaunt on the Tyringham Cobble was an interseasonal joy. Winter has passed but spring has not yet arrived. 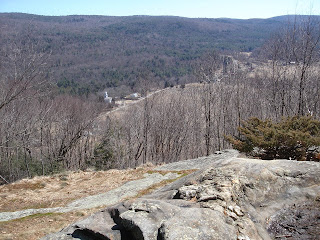 The air was still and crisp, the ground was frozen, most of the snow was gone but the buds were still hibernating. Once the rain arrives and the frost is out, the fields and trails will be soup for several weeks. 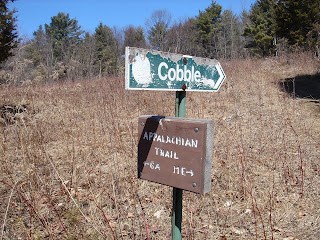 Quite a few parties agreed today would be a good time to walk the two mile circuit: when I arrived at the Trustees of Reservations parking lot there was one car; by the time I returned an hour or so later it had been replaced by seven others. Most seemed to walking up the gentle slope or perhaps over from the Appalachian Trail. They may have found the path down challenging. 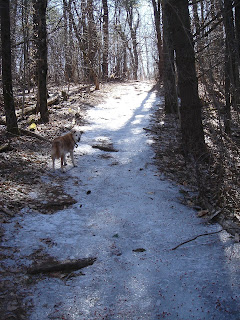