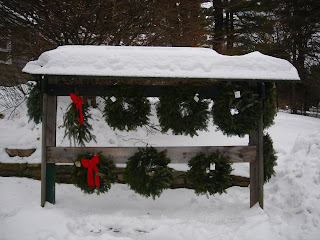 Chet has been growing Christmas trees for a long time. For the past five years I have driven by his place on Route 20 on the outskirts of Lee but never stopped. He has a small brown house with a field stone fireplace which, at this time of year, always has a plume of silver smoke rising from it. Before Christmas he sets up several easels with lots of Christmas trees leaning against them; near the house there is a stand with a roof over it displaying Christmas trees. It never occured to me that Chet grew the trees on his own land or made the wreaths at home. 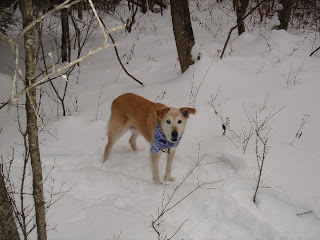 As a rule, I ignore the trappings of Christmas until the weekend before the holiday. No shopping, no seasonal music, no tree. Sometime around the winter solstice, however, I am ready for Christmas cheer (which I like to carry well into the New Year). For the past several years I have found trees at Whitney's in Cheshire. They have a good selection but the real attraction is the nifty jig which allows them to bore a 3/4 hole in the trunk. Together with a plastic reservoir base with a large spike in the center (which Whitney also sells), setting up the tree is a cinch. This year by December 22, the remaining trees at Whitney's were yellow. I suppose they had been shipped in from afar weeks before and their shelf life had expired. Plan B: The dogs and I hunted for a tree behind the house. The trees were still green but even Charlie Brown would have been reluctant to cut one. On to Plan C: We went to see Chet. 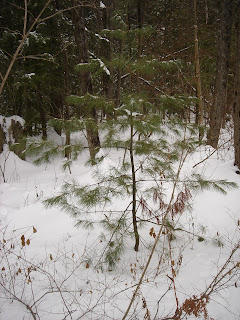 His selection was slim but there still some good looking trees. What really impressed me was the fact that they were grown right behind his house. Chet has planted several thousand trees on the western face of the Pinnacle and has more at a farm in Tyringham. His son made excellent wreathes, both single and double thickness. Next fall we will tag a tree and then harvest it close to Christmas and drag it home through the woods. 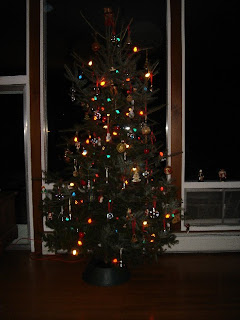 Who is the handsome blonde in the blue bandana? We would love to hear more about him!

Mike kept me company on the walk. He was not interested in the Christmas tree.