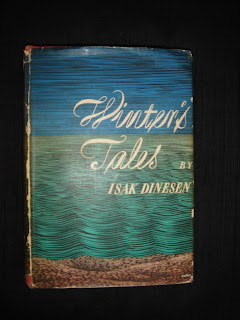 Every small town used to have a dime store. Now convenience and big box stores have taken their places. Five years ago, Lee, Massachusetts still had Johansson’s. When I was growing up, Fort Atkinson, Wisconsin had Ben Franklin’s. Somebody attempted to resuscitate Johansson’s under a new name but it was gone within a year. The old name and an updated concept might have had a chance. Now that building is vacant. The dime store in Fort Atkinson turned into a carpet and tile showroom.

At first glance, there appears to be a Ben Franklin dime store in Oberlin, Ohio. There is and there isn’t. I suspect the familiar Ben Franklin sign is still on the building because everyone in town expects it to be there. It doesn’t resonate as loudly as a vintage Woolworth’s sign might, but it works. Inside, instead of finding tired variety store stuff, there are several independent retailers sharing the space to market their wares. That's where I found MindFair Books.

Used book stores seem to be headed in the same direction as dime stores, victims of more efficient business models. My friend Neill Cameron has suggested an enterprise should be as inefficient as it can afford to be. Since the new bookstore model maximizes efficiency, I reckon the old model still has a fighting chance if the proprietors embrace their most useful inefficiencies: know where all the books are and then encourage Serendipity to make herself at home in the stacks. I am happy to be directed to the books I am looking for and positively delighted to find books I didn’t know I wanted. And I will go back to the places which surprise me.

Winter's Tales by Isak Dinesen was great find. In it she draws the reader close and then heads into timeless lands. The stories it contains are perfect for winter evenings with a warm hearth as a companion. 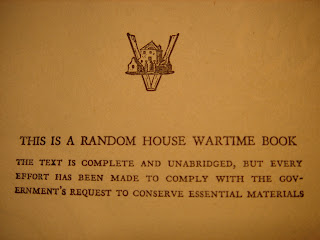 Winter's Tales was Dinesen's third book published in the US. This edition was printed in 1942 and contains some interesting notes. Some things do change. 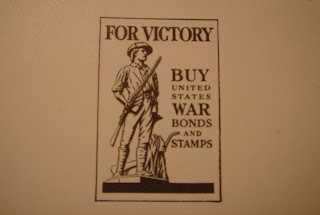 Atworth - I like your blog. After the Rosemary Pecan recipe I have been checking back for the possibility of more recipes. No recipes, but I discovered you have hit on another of my favorite things - reading and my love of used book stores. You will win
me over completely if in your next blog I find out you are a knitter and willing to share your favorite patterns. But, Alas, you do not look like a knitter - if by chance there is a "knitter look". Now a question. I do not understand the comment "an enterprise should be as inefficient as it can afford to be". It sounds like inefficiency can be a positive. I will be interested in your response.

The example Neill Cameron offered to show the value of inefficiency was that of a class at a university. If a university were to take efficiency to its logical extreme, freshman english would be taught once per year to all incoming students by a single professor in a stadium. Obviously, this is not the best way to teach english or (for students to learn english). The opposite extreme would to assign each student his or her own tutor. Clearly both extremes are impractical. Thus some inefficiency must be tolerated. The university must balance competing objectives: efficient use of scarce professorial talent and effective learning on the part of the student. Hence the university should be an inefficient as in can afford to be by hiring enough professors to ensure students learn but not so many that it operates at a loss.

Old style used book stores cannot hope to be more efficient than online retailers. They are inefficient because they rely on humans to look after a retail stores; companies like Amazon depend computers to manage warehouse inventories. But the inefficient human element is the key to the future success of old style used book stores. They can make the shopping experience a breeze and create an environment where, now and again, magic happens.