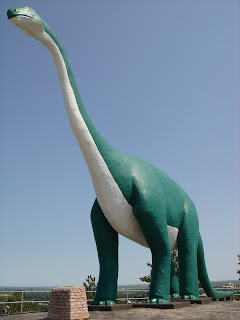 Jurassic Park reinvented dinosaurs. Before Steven Speilberg brought them back to life, however, they were dusty skeletons in natural history museums or Emmit Sullivan sculptures in South Dakota's Dinosaur Park. 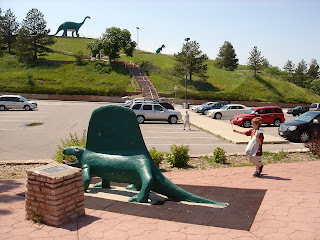 Sullivan rendered tail dragging, reptilian behemoths life size in concrete over steel mesh and then painted them bright green. Today they look cartoonish, but I suspect that has more to do with what has happened to dinosaurs over the seven decades which have passed since Sullivan and his WPA crew were at work. 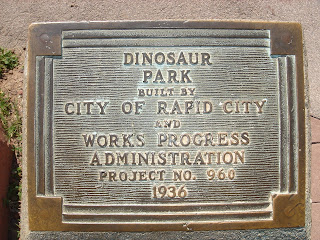 The fate of two iconic dinosaurs, brontosaurus and trachodon, tells part of the story. They were demoted. Brontosaurus has been reclassified as Apatosaurus; Trachodon is now Hadrosaurid. Both were the creations of early bone hunters. Later research has shown they were cobbled together from two or more creatures. But they captured the imagination and became real for generations of enthusiasts.

Paleontologists have a much deeper understanding of dinosaurs now than they did in Sullivan's time. The closest living relatives of dinosaurs, we are told, are birds, not reptiles. Most probably were not green; they probably did not drag their tails. Contrary to conventional wisdom, they were survivors and ruled the planet for over 100 million years. Only recently did we learn their tenure was abruptly terminated when the Earth collided with a very large rock (estimated to be about the size of Mount Everest) 63 million years ago. Otherwise, they might still be in charge. 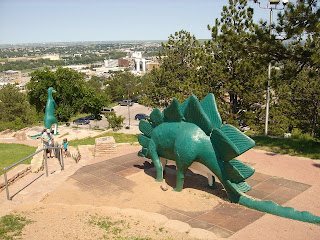 None of that serious scholarship detracts from the charm of the Dinosaur Park. Sullivan's sculptures will continue to inspire. Kids at least. Riding Triceratops beats peering at presidents on Mount Rushmore any day. 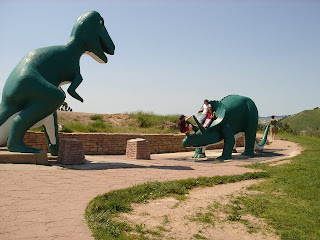